Vineyard Wind project secures $2.3B from nine international and US based banks. The project is one of the largest clean energy investments in the US and the first US commercial scale offshore wind project. The Vineyard wind project will begin in 2022, 15 miles off the coast of Barnstable, Massachusetts.  It is expected to power 400,000 homes and businesses and reduce carbon emissions by about 1.6 million tons per year. Vineyard Wind CEO Lars T. Pedersen said  “Achieving financial close is the most important of all milestones because today we finally move from talking about offshore wind to delivering offshore wind at scale in the US.”

New York State’s largest municipality, Rochester is expected to launch in early 2022, a community choice aggregation (CCA) program for their 57,000 residents. Customers are automatically enrolled in the program without having to install solar panels or sign a contract. Customers will have the option to opt out at any time without penalty. Rochester Mayor Lovely Warren said “We look forward to adding the community solar program early next year, which will offer guaranteed savings for the community, including many of our more than 23,000 Home Energy Assistance Program (HEAP) households.” The CCA program aligns with New York’s commitment to clean energy of 70% by 2030 and allows customers to select their own power source.

The U.S. could see higher than usual heating bills this fall and winter due to a seven-year high natural gas futures and decrease in supplies. The EIA released on Wednesday Sept. 8 showing a 16% increase from August's projection in Henry Hub Spot price of $4 per million British thermal units in the fourth quarter. Natural gas is the US primary source of energy, which is approximately 34% of all energy consumption according to the EIA in 2020. The increase in prices can be attributed to Hurricane Ida damaging 90% of natural gas output. The U.S. Department of the Interior states that more than 30% of oil production and 40% of gas production are still offline weeks after Ida made landfall. EIA Acting Administrator Steve Nalley added , “Hurricane Ida affected natural gas production at a time when the United States was already experiencing higher natural gas prices due to growth in exports, strong domestic natural gas consumption, and relatively flat natural gas production." Reuters reported more than 17 million barrels of oil have been lost to the market due to Hurricane Ida, and overall U.S. production could drop by as much as 30 million barrels this year. The economy under the Biden administration has slowed down drilling due to anti drilling compared to the Trump administration where natural gas production grew by 10.0 billion cubic feet per day (Bcf/d) in 2018, an 11% increase from 2017. 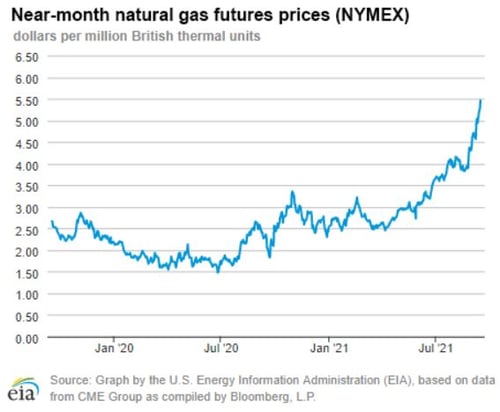 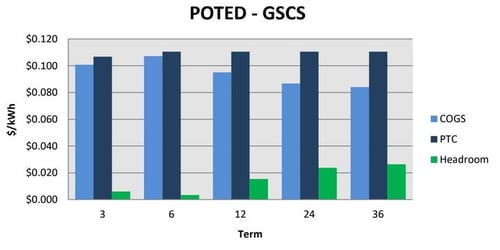 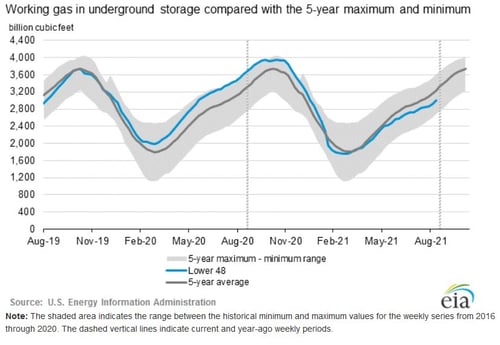 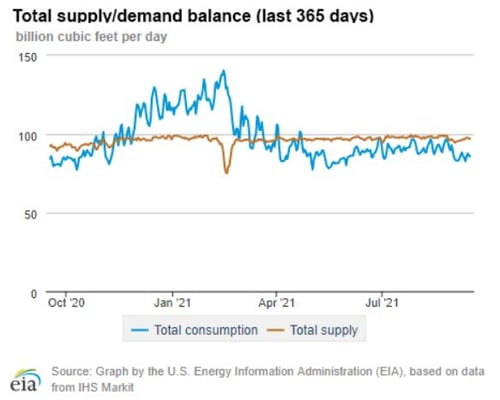 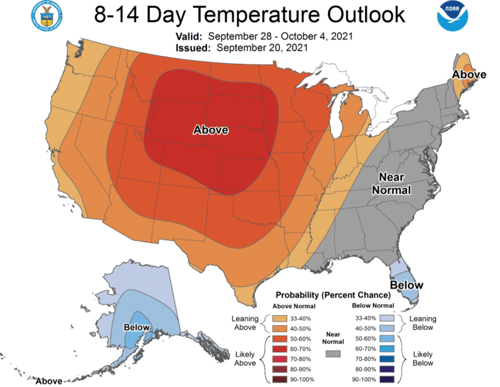 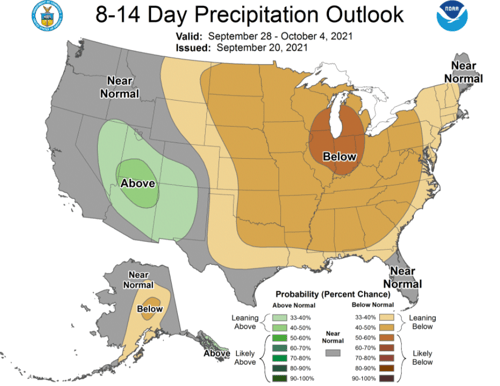