New York is set to become a even greener state as it ramps up its adoption rates for renewable energy. Governor Andrew M. Cuomo introduced a Green New Deal (GND) signing into law the Climate Leadership and Community Protection Act (CLCPA) in 2019. The plan establishes a carbon neutral economy by 2050, increasing the State’s renewable electricity goal from 50% to 70% by 2030. The states most aggressive plan will also seek 85% reduction in GHG emissions - power generation, industry, buildings, transportation, forestry, and waste by 2050. New York will reduce greenhouses gases by decarbonizing the electric grid with 100% carbon free electricity by 2040. Renewables and other technologies such as solar photovoltaics, wind (all), biomass, fuel cells using non-renewable fuels, tidal, hydroelectric (small), anaerobic digestion, fuel cells using renewable fuels will play a major factor with 70% allocated to generation to reduce energy price volatility. Offshore wind projects will produce 9,000 MW by 2035, which will support 100% decarbonization goals by 2040.  Energy storage will also reduce the need for fossil fuels by utilizing renewable generation of solar and wind target of 3,000 MW.

According to the EIA,  29% of New York's in-state generation came from renewable sources, including those at both large- and small-scale facilities in 2019.  New York produced more hydroelectric power than any other state east of the Rocky Mountains and was the third-largest producer of hydroelectricity in the nation in 2019 (see Figure 1). It is the fourth most populous state in the nation and much of the state has plentiful renewable resources such as hydropower, wind, solar, and biomass. There is a large hydropower presence with parts of two of the Great Lakes, Lake Erie, Lake Ontario and Niagara River in New York. Although the downstate New York city has the largest population in the U.S., it is one of the most energy-efficient economies in the nation, with New Yorker's consuming less total energy per capita than the residents of any other state except Rhode Island. New York is consistently among the nation’s top four producers of hydroelectricity, and in 2019, the state produced more utility-scale hydroelectric power than all but two other states, Washington and California. 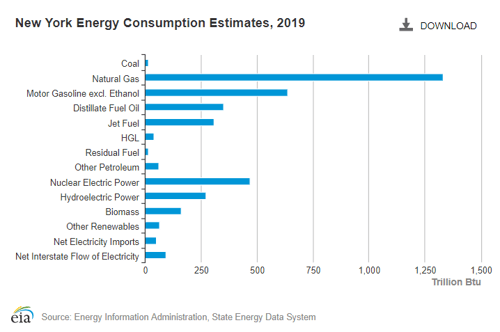 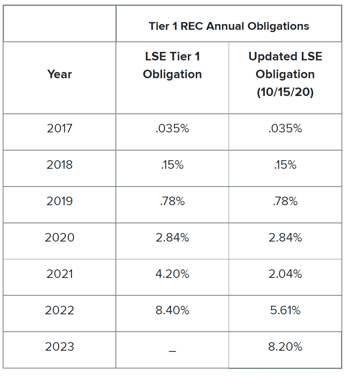 There are 129,935 miles of cables snaking underground and overhead, enough to reach more than halfway to the moon.

The first people arrived in New York around 10,000 B.C

Nearly 60 percent of the state’s electricity is consumed in the New York City area, where only 40 percent of it is made.