PJM Posts the Results for the Current Base Residual Auction

PJM announced the annual capacity auction base residual results this afternoon and the RTO price almost touched one of the all-time low prices of $40/MW-day again, as the RTO region cleared at $50/MW-day in this auction.  The Base Residual Auction (BRA) was set up to clear lower due to the lower forward load forecasts expected during this planning year period from covid restrictions and the majority of the older and less efficient/higher cost units being previously retired.  Even with those bearish indicators prices were expected to clear higher given the uncertainty around the new auction rules.  The last time PJM ran the BRA in 2018 RTO prices hit $140/MW-day but cleared lower this time and there was not much separation between the eastern and western zones for this auction with only BGE cracking the $100/MW-day price level and the other zones progressively moving lower the further west you go in PJM.   PJM is a regional transmission organization (RTO) that coordinates the movement of wholesale electricity in all or parts of 13 states and the District of Columbia for 65 million people.  Auctions are usually held three years in advance of the delivery year.  The 2022/2023 auction was originally scheduled to be held in May 2019 but was postponed due to pending approval from FERC of capacity market Minimum Offer Price Rules (MOPR). 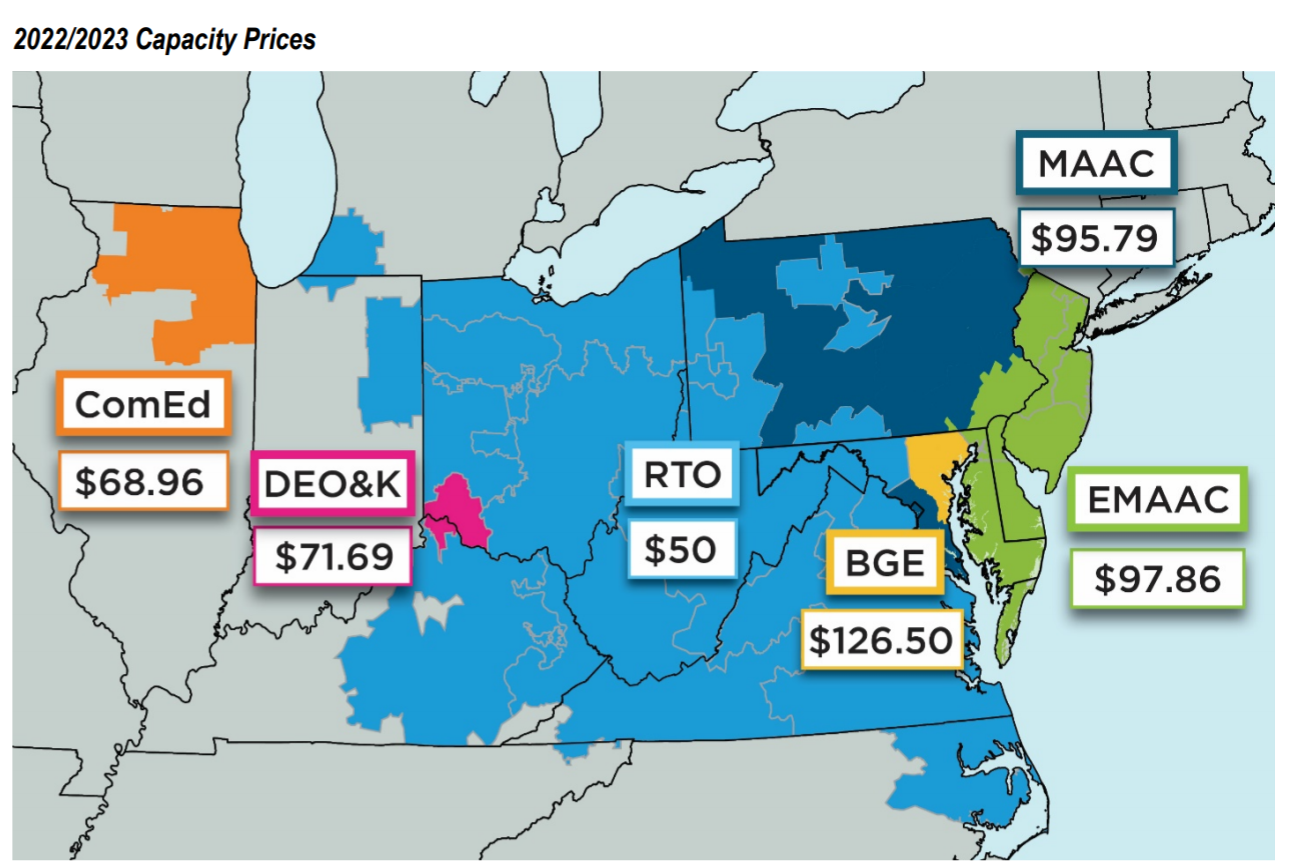 According to PJM President and CEO Manu Asthana, “PJM’s capacity market continues to support a competitive, diverse and reliable resource mix through the ongoing energy transition. We look forward to returning to a regular auction schedule while we continue work with our stakeholders to reform the capacity market to ensure its success into the future.”

Given the uncertainty of the auction process most retail suppliers would have been conservative, or should have been, in their forward capacity pricing assumptions if they fixed contracts into the 22/23 time period and would have priced it closer to 21/22 auction clearing prices. If support is needed to help determine contractual impact or impact to your retail book valuation don't hesitate to reach out to the TRUELight Energy team of experts.